HIT reaching out to China

The control and automation technology delivered by HIT Hafen- und Industrietechnik GmbH is used worldwide. Soon the German company might expand its presence on the Chinese market. A delegation of Henan Junton Vehicle Co.,Ltd., headed by CEO Jianfeng Pan, paid a visit to the German engineering company. 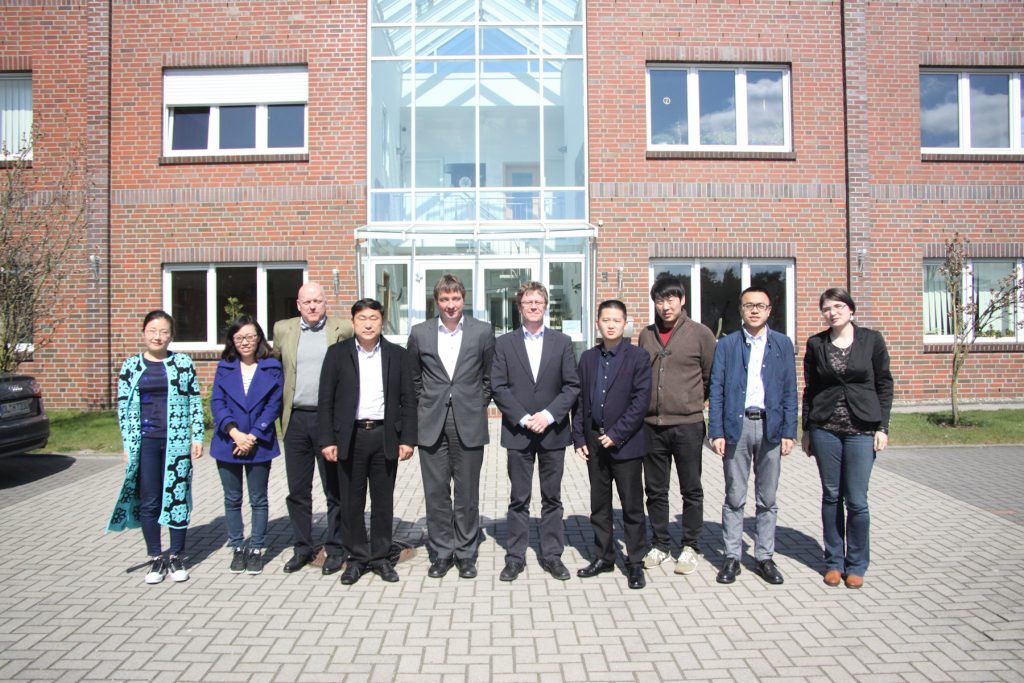 The Chinese business partners are greatly interested in an in-house development of HIT: the low-floor transport vehicle called move-e-star. Both general managers of HIT, Gerwin Eilers and Dr. Peter Schinzing, as well as engineer Andreas Thölke presented the development to the guests from China.

The highly flexible and mobile transport system is applicable in the automotive and aviation industry. Great emphasis is placed on a particularly high positioning precision, which is guaranteed by the move-e-star. Heavy loads between 5 and 120 tons can be transported in tight spaces and aisles due to its modular design. The core part of the move-e-star constitutes the drive axles, which integrate the traction unit, the steering and the lifting system. The transport platform can be equipped according to the specific requirements of the operators. The move-e-star is steered by remote control. It can also travel fully independently on a given route, for example in order to transport tools from a warehouse to the pressing machine.

These are the reasons why this flexible low-floor transport vehicle is of interest to the Chinese manufacturer. Henan Junton Vehicle produces utility vehicles (among others for mining operations) at their site in Sanmenxia City, Henan Province. Up to 30.000 vehicles are built per year, including tipper trucks, semi-trailers and low-loaders. The heavy-duty and mining vehicles count up to 10.000 units. Currently the company is planning to reorganize its production. The move-e-star could play an important part at it. The on-site presentation of the move-e-star made a lasting impression on the the Chinese company representatives. During the presentation the guests could experience the straightforwardness of the steering.

The contact to Henan Junton Vehicle was first established in 2014 at a trade fair for intralogistics (CeMAT). On the occasion of this year’s Hannover Messe, the Chinese specialists took a detour to visit HIT in Wardenburg.

For HIT the supply of a move-e-star to China would mean a further step on the Asian market. Since 2008 HIT runs its own office in Singapore.